(PRODUCT LIMITED TO 1 BOTTLE PER CLIENT) Legado represents a tribute from Fernando Guedes and his team to the Douro at its best, and pays simple homage to Sogra 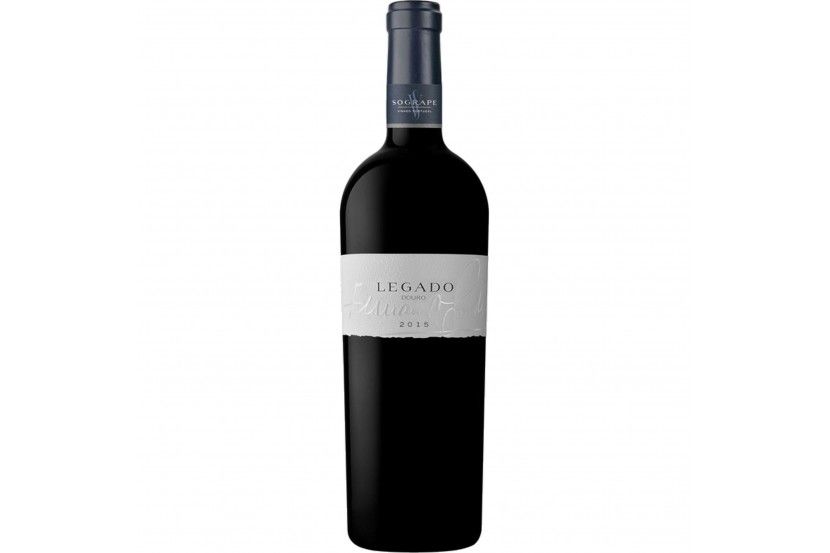 Legado has a deep ruby colour. An aroma of excellent complexity, with strong minerality and notes of spices (cinnamon, ginger and black pepper), balsamic cedar and tobacco box. Additional herbaceous undertones, and some salinity, integrate perfectly with notes of high-quality wood. On the palate, it is elegant but powerful, a notable freshness allied to silky and well-integrated tannins of excellent quality that give this wine great harmony and personality. Its finish is extremely persistent, complex and harmonious.

Legado combines wonderfully with rich dishes, like rice with ribs marinated in wine lees, stuffed partridge and other types of game.

The idea first took shape as the result of Company Chairman, Fernando Guedess unreserved passion for the ancient vineyards at Quinta do Caêdo. His conviction that the grapes grown here, some of which of particularly rare varieties, could, if vinified with extreme care, result in a unique red wine. An individual wine, fit to honour the most valued traditions of the same Douro Region which, 70 years previously, witnessed the birth of Sogrape Vinhos.

Fernando Guedes, himself one of the first Portuguese oenologists to graduate from the University of Dijon, in Burgundy, in the mid 1950s, has often shared his belief that it is impossible to remain indifferent to the ancient vines and century-old walls that anyone meandering down from Ervedosa into the Ribeira de Caêdo valley is fortunate enough to witness. It is no surprise, therefore, that this special fascination for a unique terroir has rubbed off on Sograpes Douro oenologists, with both Luís Sottomayor and consultant Alberto Antonioni sharing the Chairmans dream to produce a wine to be a true legacy, that transmits the passion and wisdom passed down by his father, Sograpes founder, Fernando van Zeller Guedes to future generations.

Privileged from the start, sourced from the finest plots of this highly unusual vineyard that deserves special attention in its own right, Legado 2008 represents, above all, the tribute paid by Fernando Guedes and his team to the best that the Douro has to offer. A true homage to Sograpes origins, as well as the starting point of a dream that, not only looks to the future, but is implemented on a daily basis.

Produced at Quinta da Leda winery from a range of grape varieties such as Donzelinho, Tinta da Barca, Rufete, Tinta Amarela and Tinta Barroca, along with more traditional varieties such as Touriga Nacional, Touriga Franca or Tinta Roriz, the Legado brand will be made, only in years considered truly exceptional, to ensure a wine that lives up to the noble objectives of its conception.

(PRODUCT LIMITED TO 1 BOTTLE PER CLIENT) Legado represents a tribute from Fernando Guedes and his team to the Douro at its best, and pays simple homage to Sogrape's roots. It traces back to the origins of the company, 75 years ago, when a dream set course for the future.