White wine made from grapes of the Alvarinho variety produced exclusively in Monção and Melgaço. The vineyards are alongside the river, at low altitude, and the 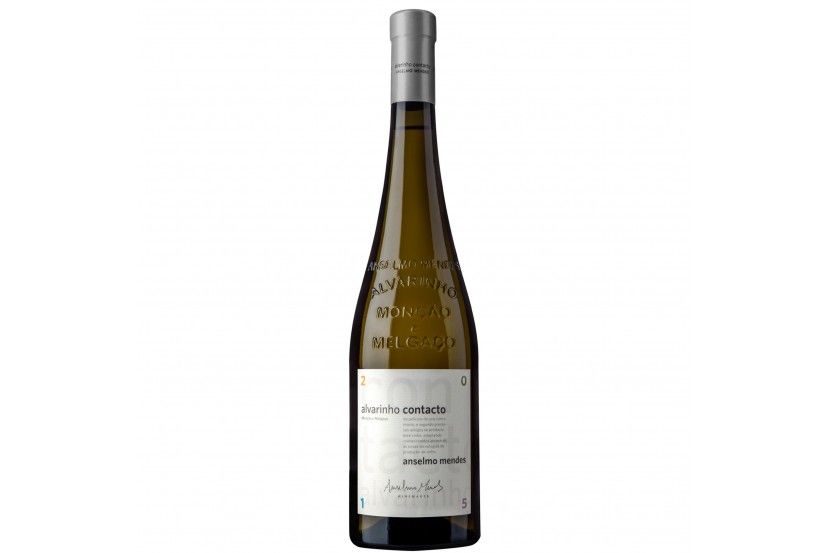 Anselmo Mendes was born and grew up in Monção. It was then, as a child, that he became acquainted with the culture of the vine and wine production. The Alvarinho variety, and its wine produced there, immediately became a part of his life, to the extent that, today, Anselmo Mendes and Alvarinho are synonymous. He graduated in Agro-Industrial Engineering in 1987, at the Higher Education Institute of the Technical University of Lisbon, and post-graduated in Oenology at the Catholic University six years later. To work as winemaker in a country like Portugal is to discover a rich and diverse universe and meet a major challenge: to add know-how, intuition and technology to the best nature has to offer. From Vinho Verde to the Alentejo, via the Douro and Dão, with "leaps" across to the Azores, Brazil and Argentina, Anselmo Mendes has undertaken a path as wine-maker, by cultivating a passion in each region, getting to know the voice of each land and trying to bring out the best in each wine. Today, as a consultant, he has had various successful projects from one end of Portugal to the other, and abroad. Anselmo Mendes began producing wine with Alvarinho grapes in 1998, in Monção and Melgaço. The winery in the Minho Valley is a place for experimentation and research, where Anselmo Mendes passion for the wine and the region takes shape and flavour. It is a place of reinvention, making each wine an expression of the land at its most sublime, a cultural trait, a mark of character.

White wine made from grapes of the Alvarinho variety produced exclusively in Monção and Melgaço. The vineyards are alongside the river, at low altitude, and the soils are deep with a high content of pebbles. The wine has complexity, a vegetable character, minerality and the bitterness of Alvarinho. Citrus, tropical aromas, but with great complexity. Full-bodied, good structure and the dry, bitter finish of the Alvarinho variety.