Underberg is a digestif bitter produced in Germany by Underberg AG, made of aromatic herbs from 43 countries. The exact number and identity of the herbs remain 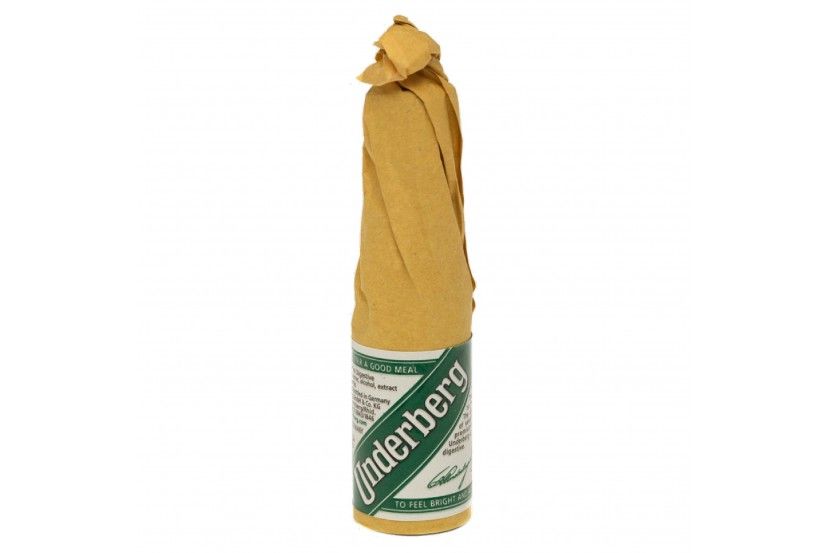 Underberg is a digestif bitter produced in Germany by Underberg AG, made of aromatic herbs from 43 countries. The exact number and identity of the herbs remain a well-guarded secret.t is based on a secret and proprietary recipe, guarded by the Underberg family since the company was founded by Hubert Underberg-Albrecht in 1846.[1] The herbs are distilled using a secret process denominated semper idem (or "always the same"). The extracts are then matured for many months in barrels made of Slovenian oak.Production ceased in 1939 due to lack of raw materials, only to be restarted in December 1949. The drink is usually associated with its famous portion-sized 20 ml bottle, designed in 1949 by Emil Underberg, grandson of the founder.[2] The mini-bottle is protected by a straw paper sleeve and the embossed Underberg label is glued on. All of its elements, including shape of the bottle, colour, packaging and the Underberg name are trade marked and copyrighted. The company has successfully defended its rights in over 1,200 court cases against other manufacturers.