The classic stalwart of the Talisker family. The perfect companion for when the day is done, smooth, smoky with a comforting afterglow. "Grilled oily fish in le 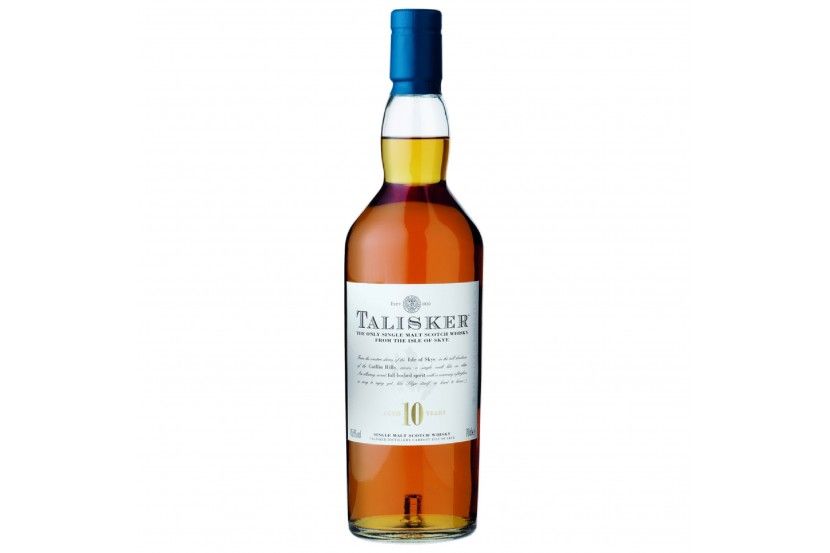 Brilliant gold. Powerful peat-smoke with just a hint of the sea-water salt of fresh oysters, with a citrus sweetness. Full and rich. A rich dried-fruit sweetness, clouds of smoke, strong barley-malt flavours, warming and intense. Peppery at the back of the mouth. Huge, long, warming and peppery in the finish with an appetising sweetness.

How to Serve & Paring

MADE BY THE SEA

In 1825, Hugh MacAskill of Eigg acquired Talisker House and the north end of the Minginish peninsula on the rugged, beautiful Isle of Skye. Five years later, he and his brother had built what was to become one of the world's most popular distilleries on the shore of Loch Harport. In fact, by as early as 1898, Talisker was one of the best selling malt whiskies in the UK. Through fire, war and financial crises, this northern outpost - Skye's oldest distillery - has remained strong: producing consistently fine whiskies which, once tried, are rarely forgotten.
Talisker is the oldest Single Malts Scotch Whisky distillery made by the sea on the shores of the Isle of Skye, one of the most remote, rugged, yet beautiful landscapes in Scotland. Few whiskies tell the story of their origin better than Talisker. Its smell and taste instantly connect the drinker with the rugged environment - like a warm welcome from a wild sea. It's a powerhouse, challenging but adored, once discovered rarely left. Like the view of the sea from our distillery doors, this whisky is complex, and takes a while for your palate to appreciate some of the more salty, peaty notes. Each expression has its own forthright personality, offering something distinct from the rest, and yet they all belong to the same breed - whisky for the adventurer, those happiest close to nature. Intense and powerful, the Talisker family all have a peated, smoky flavour. This flavour comes from the peat burned during the malting process, and carries on it the salted smoke of an island battered by wind and waves. Beneath the smoke you'll find soft fruits and cereal notes, and in the older expressions a rich vanilla imbued by the aging process.

The classic stalwart of the Talisker family. The perfect companion for when the day is done, smooth, smoky with a comforting afterglow. "Grilled oily fish in lemon oil, on the nose, dry salt and pepper on the palate, peat and pepper in a tastebud treat of a finish." - Dominic Roskrow, Malt Whisky Yearbook 2015, p.175