Roe & Co is made from finest hand-selected stocks of Irish malt and grain whiskies, aged in bourbon casks. Using her 30 years of experience, Master Blender Caro 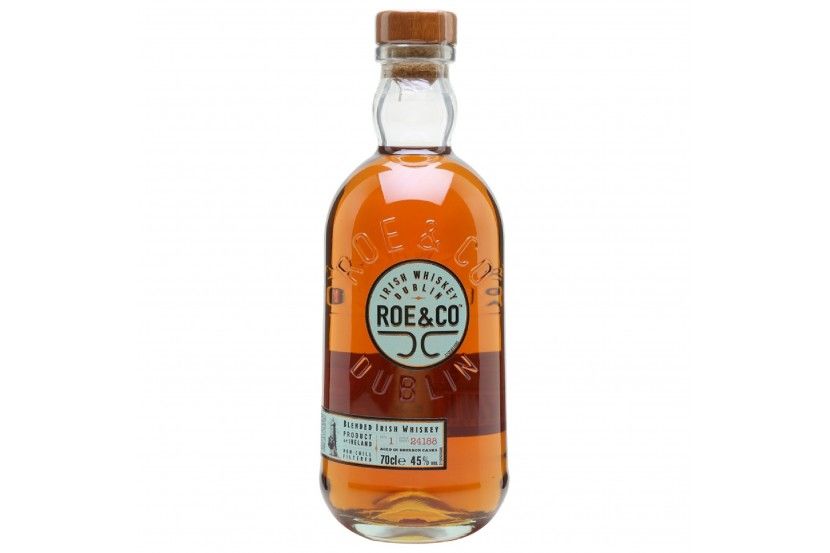 On the nose Roe & Co is creamy, delightfully fragrant and remarkably rounded with notes of soft spice and mellow spun sugar along with warm hints of woody vanilla. The quality and perfect balance of the blend is immediately apparent on the palate through its velvety texture and sweet flavours including spiced pears and vanilla. The finish is lingering and gentle, ending with a light creaminess. The sweet pear notes readily apparent in Roe & Co are a wonderfully apt tribute to the once-great Dublin whisky distillery of George Roe & Co. Among the remnants of George Roes distillery are its old windmill tower, known as St. Patricks, and a magnificent pear tree dating from 1850.

Roe & Co Irish whiskey is a blend of single malt and grain whiskeys created by Diageo Master Blender Caroline Martin and her team. A distillery is also planned, which could be producing single malt for Roe & Co at St. James's Gate in Dublin by 2019.

Launched in early 2017, Roe & Co heralds Diageo's return to the world of Irish whiskey just a couple of years after selling Bushmills (which they purchased back in 2005) to Casa Cuervo. It was a deal that saw Cuevo's stake in Don Julio tequila move in the opposite direction.

The new brand is named after George Roe & Co, whose Thomas Street distillery was once the largest in the world and a leading light of the 19th century 'golden age' of Irish whiskey in Dublin alongside John Jameson's distillery on Bow Street and James Powers' on John's Lane. All located within a short distance of each other, this area of Dublin was also famous for brewing with George Roe being neighbours with Guinness' St. James's Gate Brewery. More recently, it was of course Guinness PLC's merger with Grand Metropolitan in 1997 that formed Diageo.

All that remains of Roe's distillery now is a bladeless smock windmill (once the largest in Europe at 150 feet tall) called St. Patrick's Tower that was used for power. Both the patina hue of the distinctive copper roof and the ancient pear tree that still survives at its foot feature prominently in Roe & Co's branding. Fittingly, the new St. James's Gate distillery will be built in an old Guinness power station just around the corner.

Roe & Co is made from finest hand-selected stocks of Irish malt and grain whiskies, aged in bourbon casks. Using her 30 years of experience, Master Blender Caroline Martin has created a versatile, premium whiskey. Roe & Co is a luxuriously smooth blend with a perfect harmony between the intense fruitiness of the malt and the mellow creaminess of the grain whiskies. The high proportion of first-fill casks gives notes of creamy vanilla balanced with its hints of fruit and soft spice and a remarkable depth for such an elegant and refined whiskey. Roe & Co is non-chill filtered and bottled at a higher than usual ABV of 45%. Perfect in a cocktail, with a mixer or on its own Roe & Co will initially be available in the hottest bars around Europe.