30 herbs and spices and a blend of aromatic distillates go into making this Italian liqueur. Included in the mix are Mediterranean anise, juniper, lavender, pep 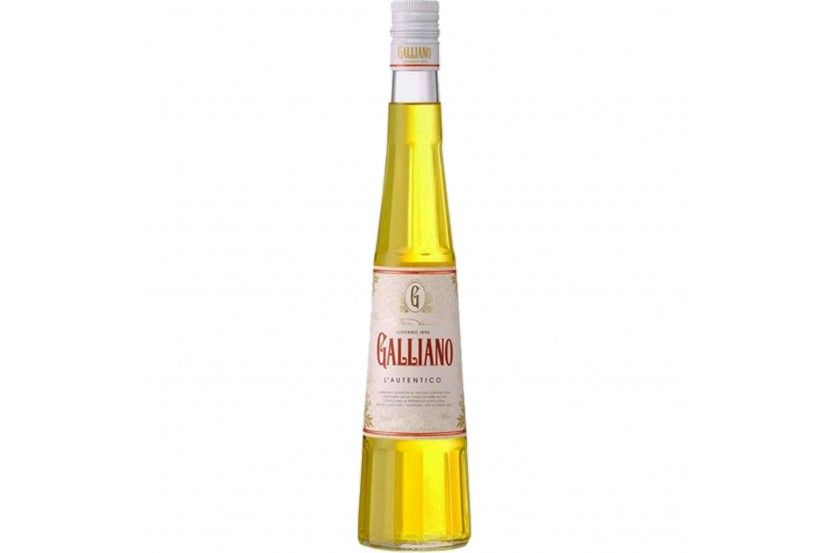 30 herbs and spices and a blend of aromatic distillates go into making this Italian liqueur. Included in the mix are Mediterranean anise, juniper, lavender, peppermint and vanilla. The flavor is of anise and fresh herbs.Liquore Galliano L'Autentico, known more commonly as Galliano, is a sweet herbal liqueur, created in 1896 by Italian distiller and brandyproducer Arturo Vaccari of Livorno, Tuscany and named after Giuseppe Galliano, an Italian hero of the First Italo Ethiopian War. Its vivid yellow color symbolizes the Gold Rushes of the 1890s.Galliano has a large number of natural ingredients including vanilla, star anise, Mediterranean anise, ginger, citrus, juniper, musk yarrow, and lavender. Neutral alcohol is infused with the pressings from the herbs except vanilla. The liquid is distilled and then infused with pressed vanilla. In the final stage distilled water, refined sugar and pure neutral alcohol are blended with the base. Galliano has been formulated at both 60 proof (30% by volume) and 84.6 proof (42.3% by volume).Galliano is sweet with vanilla-anise flavor with subtle citrus and woodsy herbal under notes. The vanilla top note differentiates Galliano from other anise-flavored liqueurs such as Sambuca, Pernod, or Anisette. It is used both as a digestif (meant for drinking after heavy meals), and as an ingredient for cocktails, most notably the Harvey Wallbanger, Golden Cadillac, and Golden Dream. It is also used in a popular Brooklyn cocktail, Mr. October, which the New York Times notes, "tastes like apple pie à la mode, thanks to Galliano's vanilla notes."The Galliano brand is currently owned by Dutch distiller Lucas Bols, and marketed through its worldwide distribution joint venture, Maxxium. Galliano is packaged in a distinctively-shaped bottle, reminiscent of a classical Roman column. Several other liqueurs are also produced under the Galliano brand name, including a black Sambuca, a white Sambuca and an amaretto, which are predominantly distributed in Australasia, where the products are popular as shots. Galliano also makes Galliano Ristretto coffee flavored liqueur and Galliano Balsamico, a balsamic vinegar infused liqueur. Both Galliano Autentico and Galliano Vanilla, as used in the Harvey Wallbanger, are available.