Nikka has always been at the crossroads of cultures, between the East and the West, Nature and Human, Tradition and Innovation. Each day is a new journey which continuously learn from previous ones. Nikka Days, the latest creation of the brand, is a shining example of this state of mind. subtle blend of grain whiskies, slightly peated. Creamy, fruity and smooth, this whisky will please amateurs an 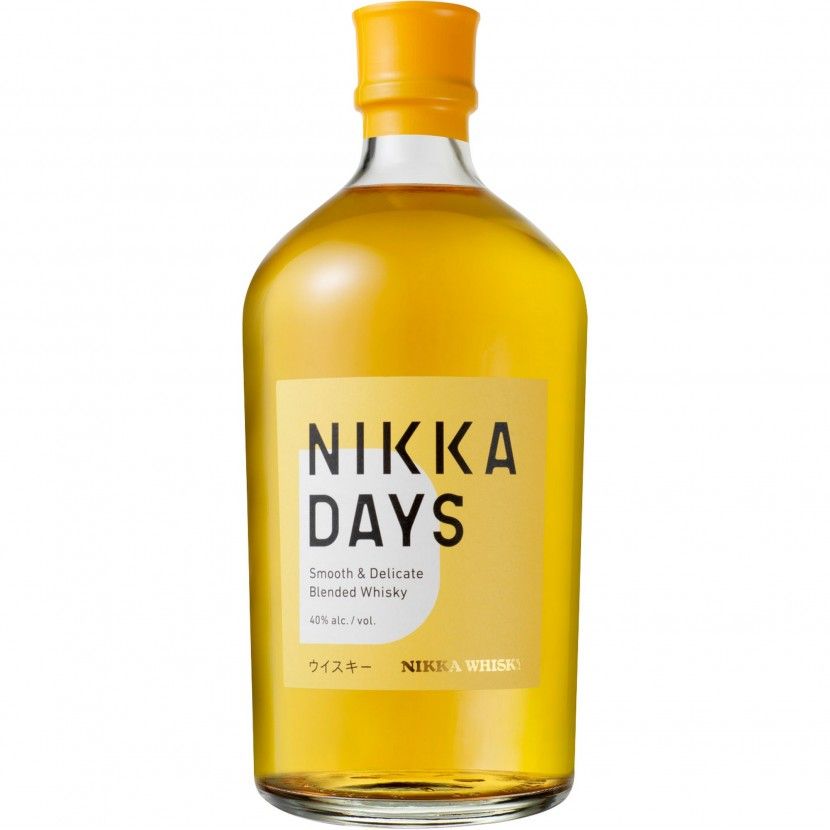 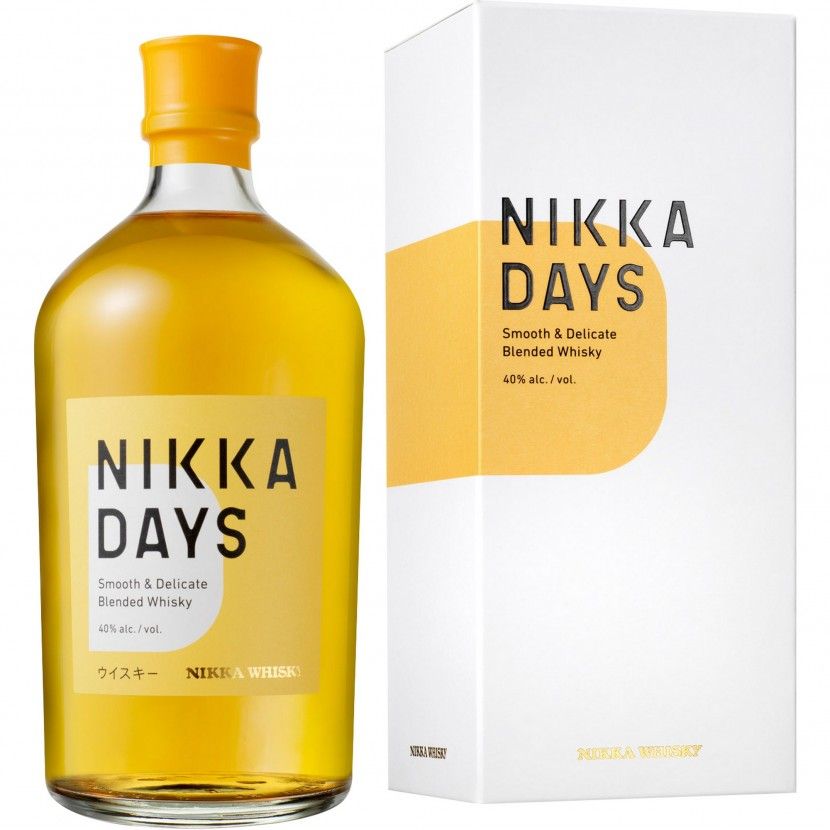 Straight, on the rocks, or highball/mizuwari.

In 1918, Masataka Taketsuru embarked alone on a long voyage to Scotland. In this distant land the secrets of whisky-making would be imparted to this young Japanese man, and here he would meet the woman who would become his bride. Masataka Taketsuru was born in the coastal town of Takehara (now Takehara City) about 60km from Hiroshima City. The Taketsuru family owned a "sake"(Japanese brew made from fermented rice) brewery that goes back to 1733-- and continues to produce fine sake today, in 2004. Taught early that sake making is a painstaking fine art, Masataka studied diligently and trained at university as a chemist, preparing to carry on the family trade. However, Scotch whisky captured the young man's imagination, as well as the interest of few other enterprising Japanese of that day. He decided to dedicate his life to whisky. Given the chance to go to Scotland, Masataka enrolled at the University of Glasgow and became the first Japanese ever to study the art of whisky making. He took chemistry courses at the university and apprenticed at distilleries, learning first-hand from craftsmen and receiving training as a blender. Masataka would later become known as a master blender. In 1920 Masataka returned to Japan with Jessie Roberta (Rita), whom he had married earlier that year. Later joining a company that aspired to make genuine whisky, he succeeded under its employment in producing Japan's first whisky. Masataka's vision of whisky was formed by his experience in Scotland, and he knew that the right environment was essential. However, it was becoming apparent that in order to produce whisky as he felt it had to be, he would have to become independent. Thus in 1934 Masataka established Nikka Whisky, and built its first distillery in Yoichi, Hokkaido, which-- though inconveniently located-- he had always considered to be the ideal site in Japan for whisky-making, similar in many ways to the Scottish town where he had studied. Masataka established Nikka because he was determined to introduce his fellow Japanese to the joys of authentic whisky. In the decades since, as his company developed and the enjoyment of whisky became a fixture in Japan, he remained relentlessly passionate about quality. Never did he allow it to be sacrificed in favor of efficiency. In that sense, Masataka Taketsuru, Father of Japanese Whisky, sake brewer's son, had never truly left his roots. The young Scotswoman who, in 1920, embarked with her Japanese husband on a long voyage to Japan, adopted the ways of the distant land. She steadfastly supported her husband throughout their marriage, as he built Nikka and made it flourish, until her passing in 1961. Rita and Masataka Taketsuru are buried together, in Yoichi.

Nikka has always been at the crossroads of cultures, between the East and the West, Nature and Human, Tradition and Innovation. Each day is a new journey which continuously learn from previous ones. Nikka Days, the latest creation of the brand, is a shining example of this state of mind. subtle blend of grain whiskies, slightly peated. Creamy, fruity and smooth, this whisky will please amateurs and connoisseurs alike with its floral and fruity notes. Endowed with a nice softness, it lets the cereal, toffee, malt and roasted nuts notes express themselves in the mouth. The finish achieves a perfect balance between the fruits and the malted aspect of Nikka Days. A whisky with a smooth and fruity profile, to enjoy neat or in a cocktail.