Crown Royal is a blended Canadian whisky. This legendary whisky, created in 1939 to celebrate the visit of the King of England George VI, has a blend of fifty d 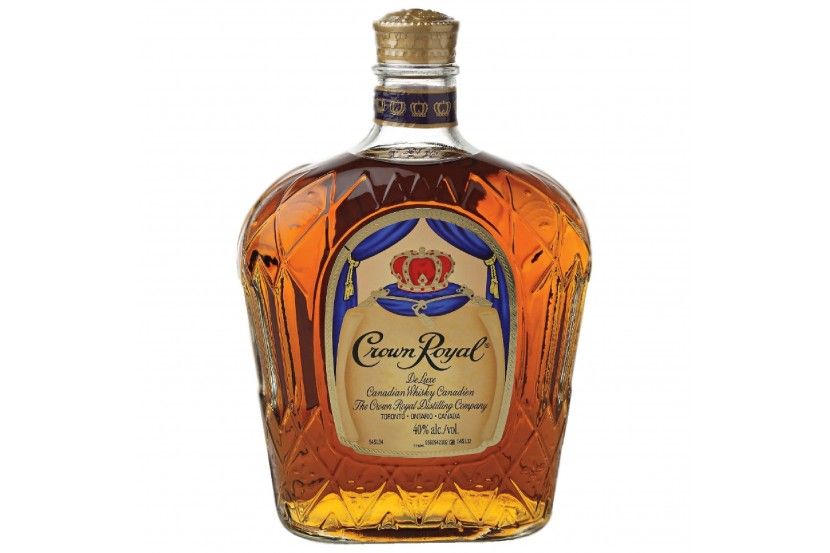 NOSE: Rich and robust, with slight hints of vanilla and fruit. PALATE: Delicately smooth and creamy with hints of oak and the sweet flavor of vanilla. FINISH: Long and lingering.

In 1939, King George VI and Queen Elizabeth made history when they became the first reigning monarchs to visit Canada, arriving by boat and traveling the vast North American distance by train. Upon hearing the historic news, a Canadian spirits entrepreneur set out to craft a whisky suited for the Royal Couple - an exceptionally generous gift fit for royalty. With perfection on his mind, he meticulously trialed more than 600 blends before outfitting the final product in a cut-glass decanter and regal purple bag with gold stitching. The whisky he presented to the King and Queen was an exquisitely smooth blend of roughly fifty whiskies which became known, fittingly, as Crown Royal. The train carrying the monarchs was stocked with 10 cases of the royal blend and rumors of the unrivaled whisky fit for a King quickly spread. Crown Royal was released in the United States in the 1960s and has since become the top selling Canadian whisky. To this day, every drop of Crown Royal is crafted to meet the same uncompromising standards, making it, to many discerning palates, the finest whisky of all.

Crown Royal is a blended Canadian whisky. This legendary whisky, created in 1939 to celebrate the visit of the King of England George VI, has a blend of fifty distinct, full-bodied whiskies matured in white oak barrels. Crown Royal has a taste profile defined by smoothness, enhanced by a rich, lingering finish.